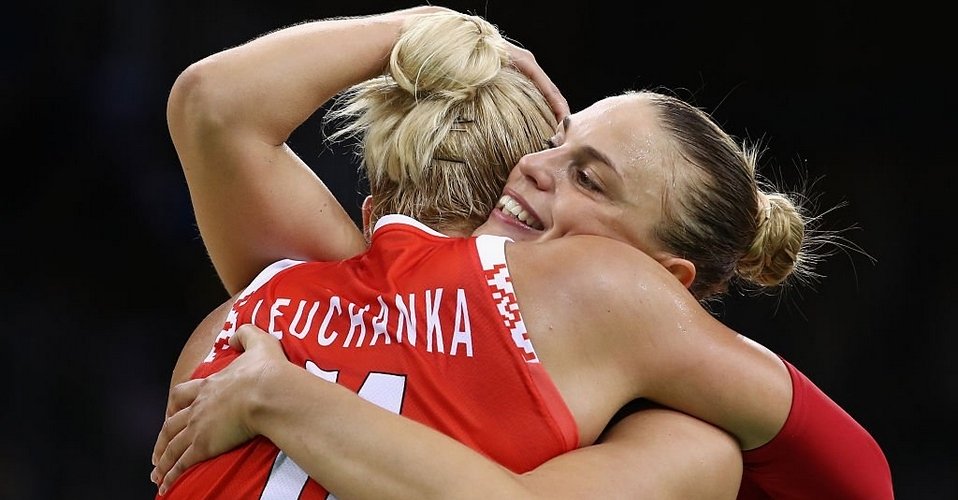 Beauties of Bealrus continues to tell about the most popular women in Belarus. This time it’s women’s basketball where Belarus achieved more than in any other game sports. Please, welcome out top 10 ladies in this spectacular game. 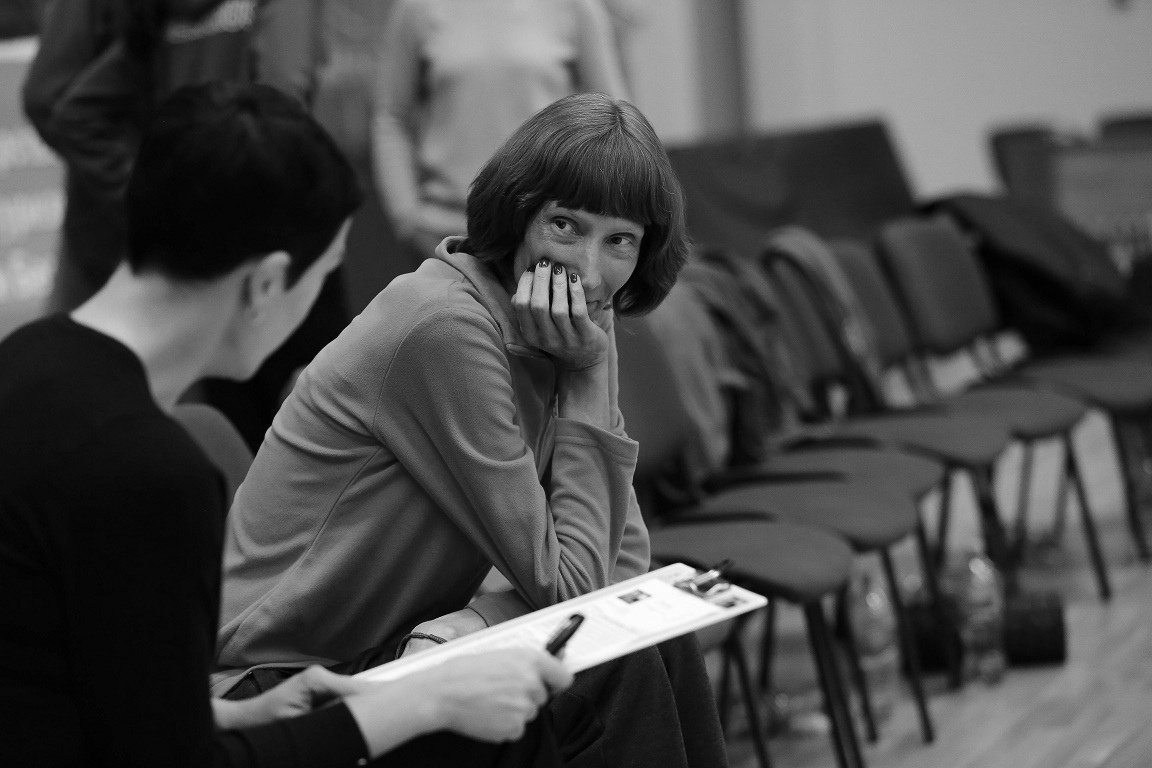 Duboyskaya is something of a link between that generation of the past, which was grinding its way to the top, and the stellar late 2000s/early 2010s. Sadly, she passed away quite early – at 46 in December 2018.

Duboyskaya managed to play with her twin sister Oksana Dolgorukova, Zhanna Gorodetskaya, Elena Navoykova (European Junior Champion-1992 with the CIS Unified Team), on one side, and Veremeenko, Dureiko, Kress and Snytina, on the other. Thanks in large part to Angela our team rose from the ‘B’ division to the elite in 2005. And what performances she put on in the most important games! Especially memorable were the 18 + 6 rebounds in the guest game with the Norwegian team in September 2005 in Oslo, which ended with our victory, 84:78. 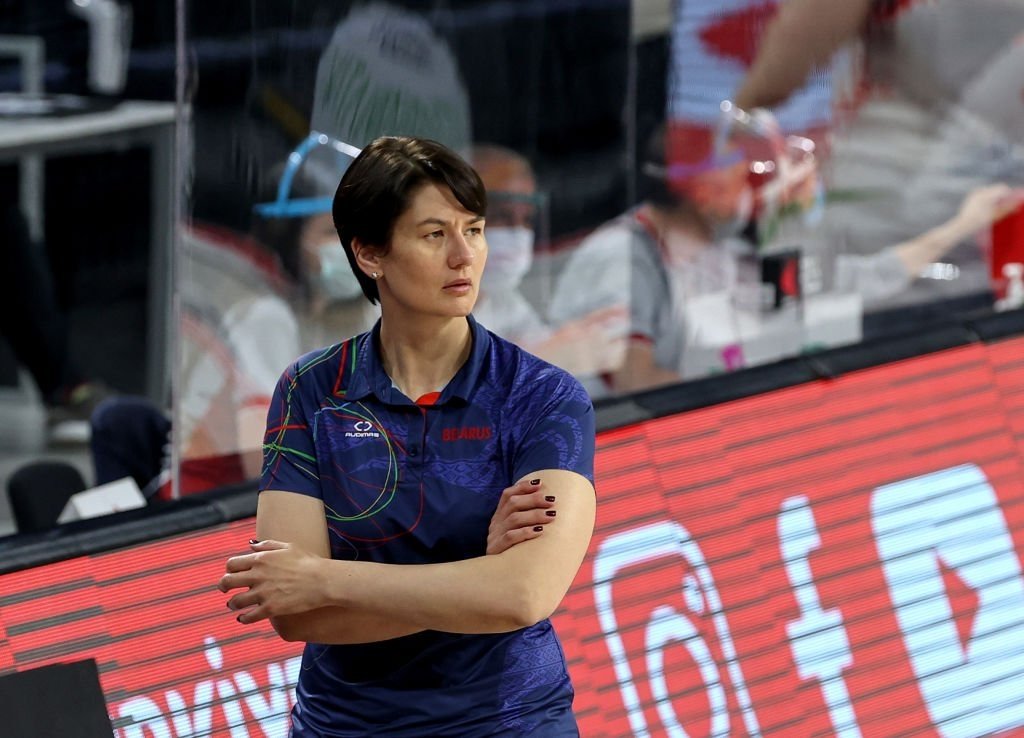 At that time Natalya Trofimova was also the face of the national team. She was chosen as captain and made the most of her minutes. She was still young and didn’t limit herself by standing in the corner waiting for a pass and trying to hit a free shot. The young Trofimova was particularly good as a small forward because she could hit the floor with ease, but she was heavy enough to put pressure on her teammates.

Her level and form were enough to not only be called up to the national team for another decade, but also to come off the bench without weakening the five. And the status of three-time Polish champion in 2006-08 says something, too. Now the head coach of the Dream Team. 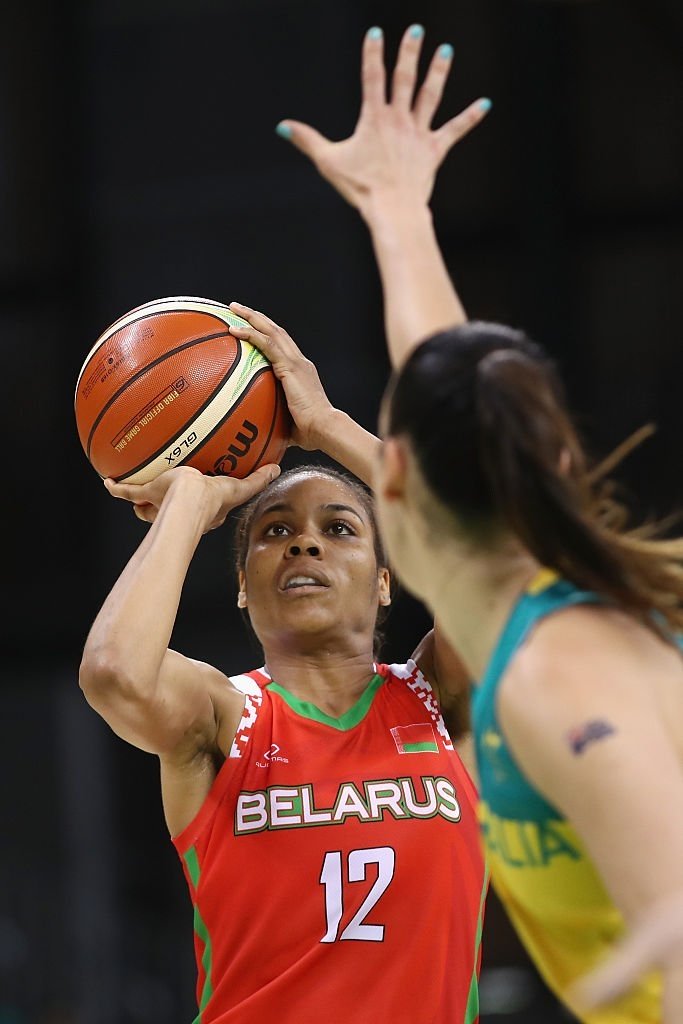 Liza, as she was affectionately called by the fans, really turned out to be a godsend for Belarusian basketball. The BFB had been painstakingly looking for a point guard who could extend the lifespan of a talented generation and allow her to contend for prizes at several other top tournaments for at least half a decade. And she did, and she didn’t miss: Harding really came into her own, fitting in seamlessly with Anatoly Buyalsky’s team build-up, where she has played since 2015.

Last but not least, if not least, Lindsay’s efforts ensured the Belarusian team’s entry to the Rio de Janeiro Olympics. After that, the dark-skinned defender didn’t stay with the new national team, announcing the end of her career. But even this flash was so bright that it is clearly remembered. 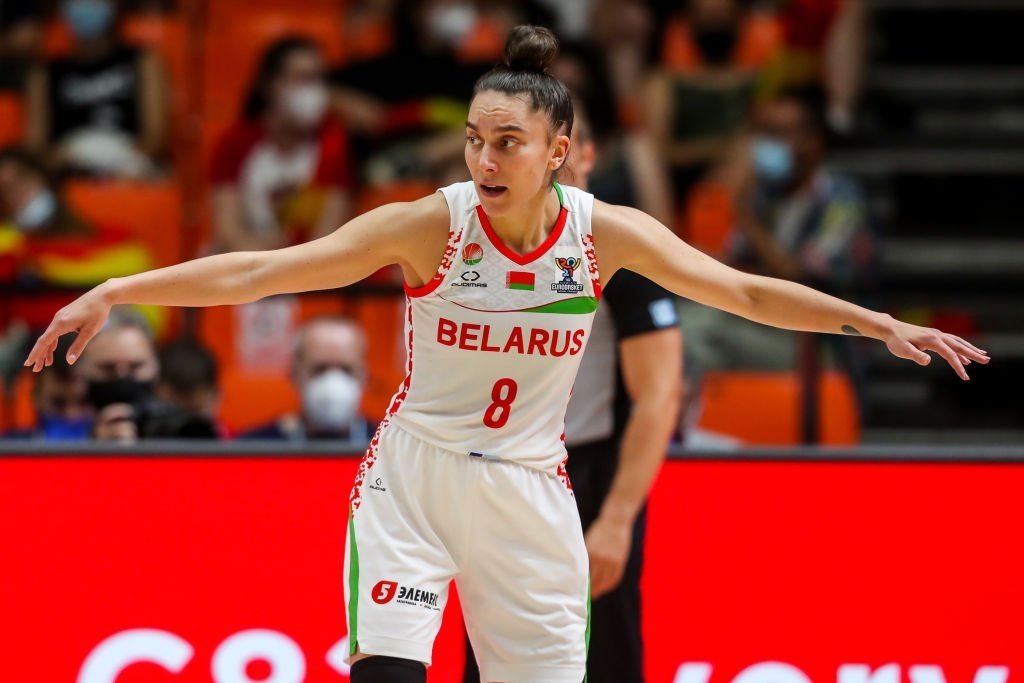 To think that Tatiana is already 34. She’s one of those players who seem to stay young for the rest of her career – like NBA star Stephen Curry. But here’s the paradox: she has just missed out on the biggest success of Belarusian basketball – bronze of Eurobasket 2007, which will be discussed below, too. That was the last top tournament, in which the women’s national team had not yet had Likhtarovich, then representative of Grodno’s Olimpia. But she was an important link in the team at the next World Championship (19 years old, by the way) and at the Beijing Olympics. Not a single forum was without Tatiana.

An attacking defender is useful on both parts of the court, for more than ten years there is no substitute in her position. And only the lack of sufficiently high-profile titles at club level prevents Likhtarovic from being placed a little higher. 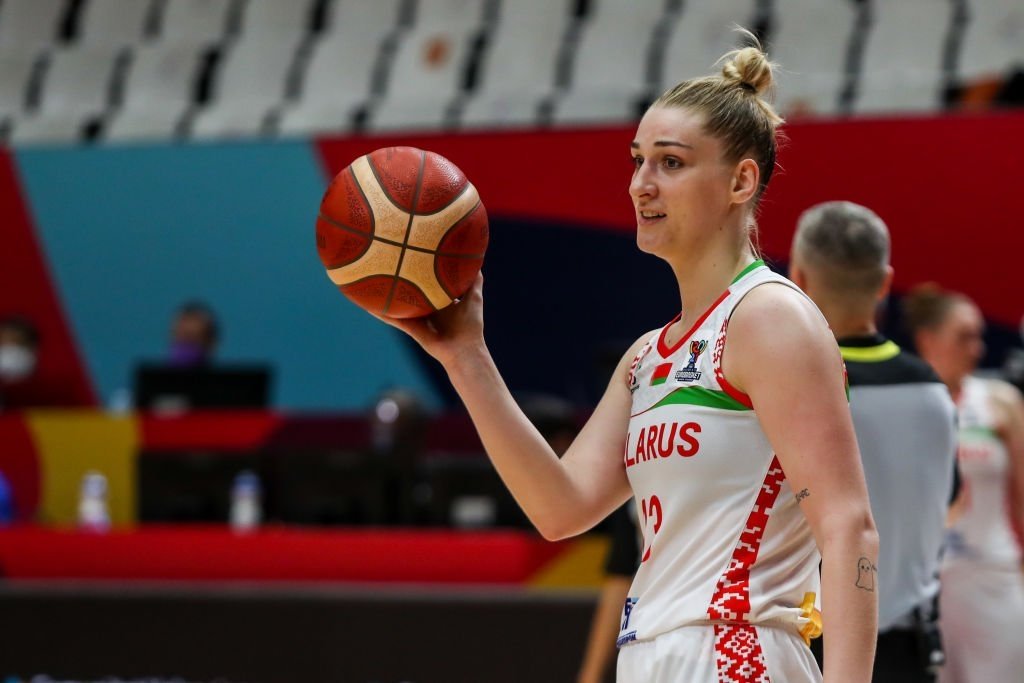 The 27-year-old from the Bobruisk school of basketball is the star of a whole new generation. The one without a bronze medal in 2007. The coaching staff of Anatoli Buyalsky and then Natalya Trofimova is systematically forced to play with a single lineup and exercise extreme caution with introducing fresh, young blood to the roster. However, the heavy forward – this position is the main one for Popova – has made a name and reputation for herself, without any advances.

After Ekaterina Snytina and Elena Levchenko finished their national team careers and Anastasia Veremeenko began to need more rest for maximum efficiency on the floor, it was Popova who took on the burden of the guide. Throughout the 2020-21 games, you could count on the fingers of one meeting where she wasn’t the team leader in points and rebounds. Ah, yes: the title of Polish champion with Gdynia and a similar success in the Russian championship with UMMC also mean a lot. None of our countrywomen are so prominent in their teams nowadays. 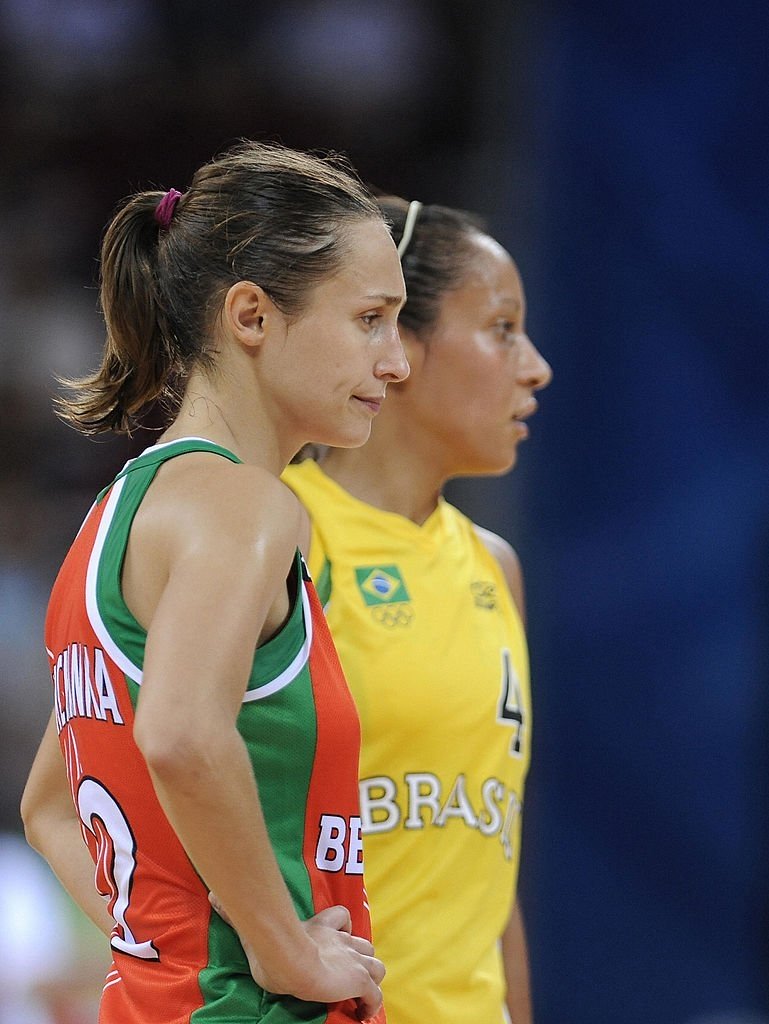 The best point guard of the European championship-2007. Her crazy three-pointers from nine to ten metres impressed and mesmerised. Her directing of the offense seemed frantic, illogical and in a bad way unrepeatable (when one trick or another would never pass twice), yet when Marchenko was on the court, the team steadily scored. The beautiful player left the national team in 2011 and soon said goodbye to basketball altogether, finding motivation in her managerial job at BATE and in her family.

And so ever since, Belarusian basketball has been looking for a second Marchenko. At one time he looked and gave advances to Alexandra Tarasova, didn’t write off the hard-working Olga Zyuzkova, was fond of naturalizing Lindsay Harding and Alex Bentley. In one way or another, Marchenko’s glorious past was forgotten. But for a short stretch and not entirely. All in all, there were no such “babies” before or after in Belarus. 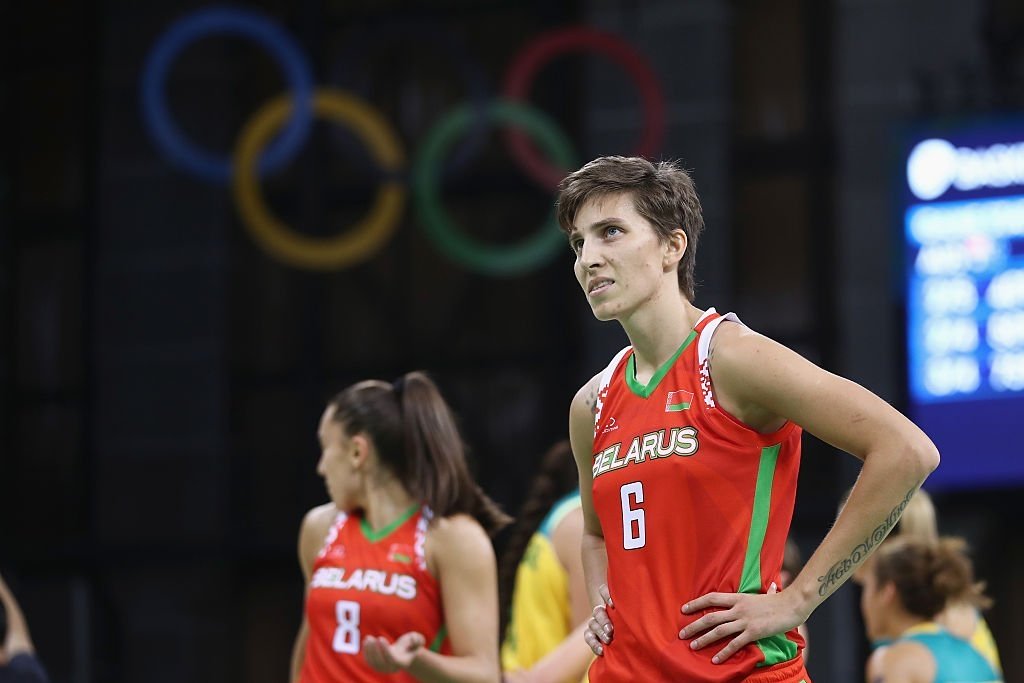 Ekaterina Snytina is a kind of concentration of the very “valedictory” of which the Belarusian women’s national team has often been and still is blamed. She’s the one who can miss five attempts from beyond the arc, but still dare to take her sixth. Be of little use all game, and in the end drag it out with a few accurate shots and exemplary defense.

After Trofimova’s retirement, she was appointed team captain, and for good reason. Katya has become a leader in the locker room, a fact which has repeatedly been noted by her teammates. And we will highlight a few more details. Snytina had no competition for the third position – just when Trofimova was hired as a coach and Tatyana Troina had left basketball. So, she has been irreplaceable for almost a decade and a half – unique and unprecedented. And to top it all off: Snytina is the 2014 French champion with Montpellier. 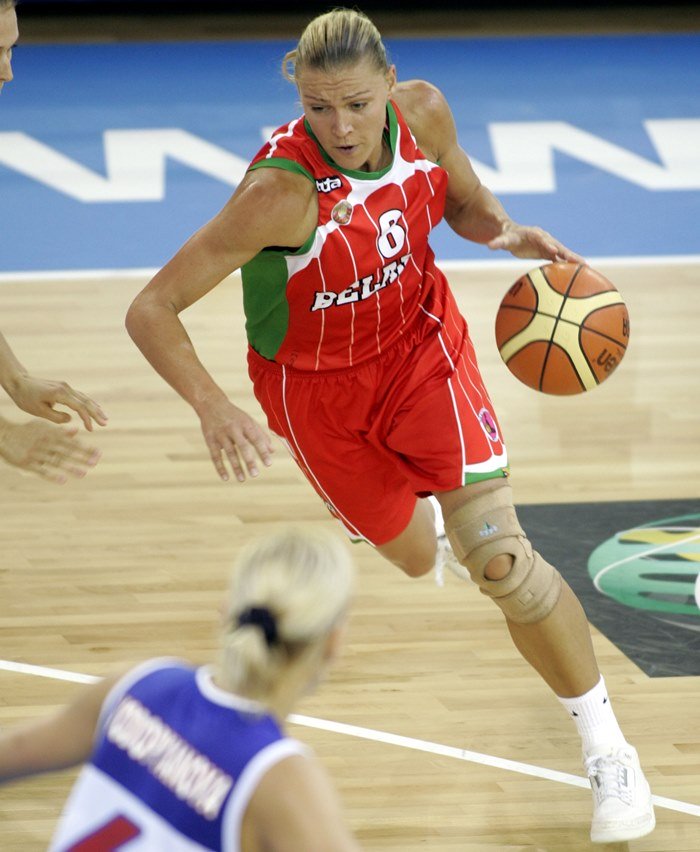 The first leader of what was later called the Dream Team. Volnaya was not the team captain – this role was given to Trofimova early enough – but her experience, composure, and ability to make smart decisions and bring stability to the team’s play helped her never fail against the favourites and take on equal opponents on a flag-fall. In particular, that was the case in the decisive game for qualification to Eurobasket 2007. Important points scored in the opponent’s half and efficient defence allowed them to beat the Greeks (63-60).

Volna was also an important link in the tournament, where the Belarusians achieved the most significant success in history. And then – alas, injuries, recuperation and retreat into the worldly life. I got married, gave birth to a child and moved to Russia. But it will never be forgotten that Volnaya was the first Belarussian selected in the NBA Women’s Draft. That’s enough to place Svetlana on the bottom step of our pedestal. 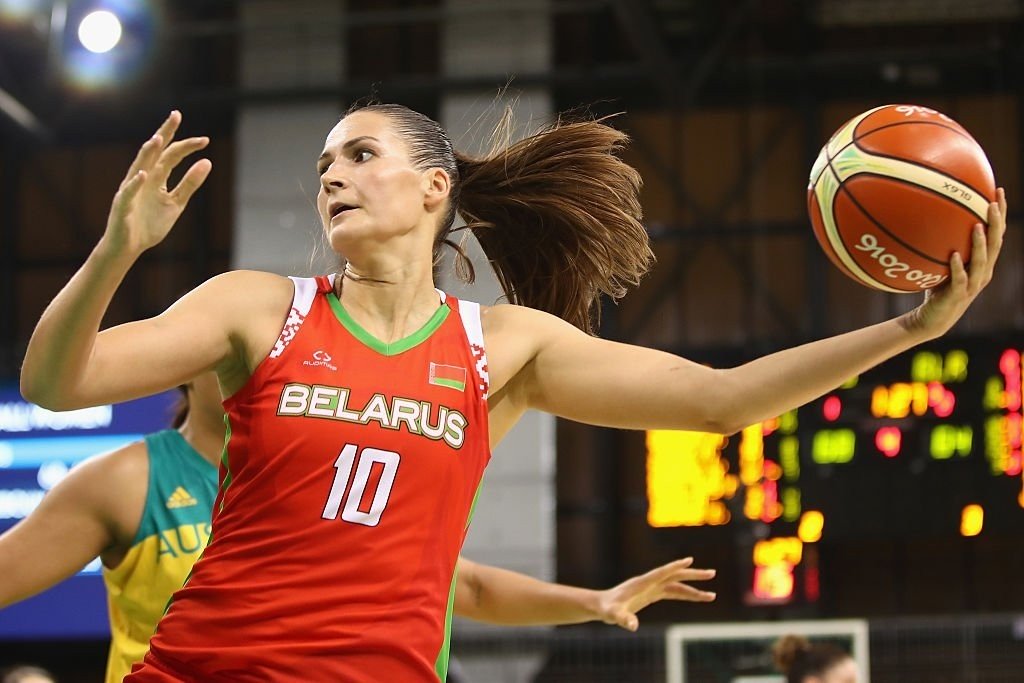 Just think about it: Veremeenko has been nominated the Best Player of Belarus for 12 times, which is more than any other player has in a career, taking into account the maternity leave and early career ending. Nastia also had a maternity break after giving birth to her daughter in late 2014. However, after that, the heavy forward returned to the floor and regained her leading position in the national basketball and irreplaceable status in the national team as if nothing had happened.

Anastasia is the all-time leader in scoring and blocked shots for the national team. She is an excellent rebounder for a player of her size and five’s position (she often plays as a power forward, but can also play as a centre). By the way, in 2003 when she was on the junior team (U-16) the Estonian-born player set a unique achievement – a quadruple-double-double, i.e. double-digit figure in four stats: points, rebounds, steals, and blocked shots. Now Nastia plays for the Horizon team from the capital city. 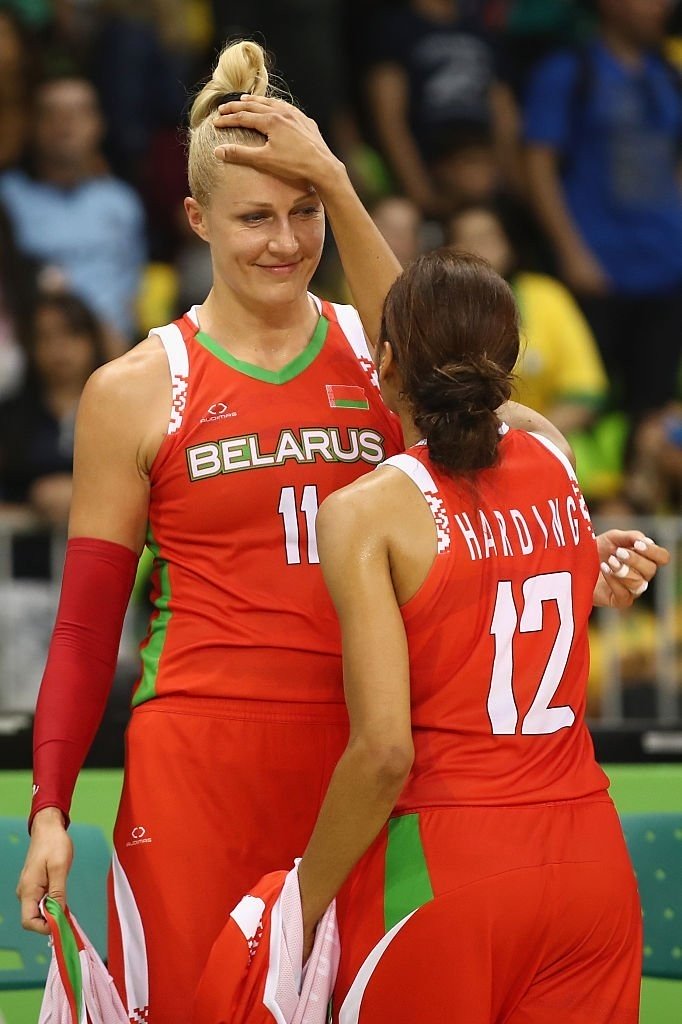 She was picked at number eight in an unheard-of for the Belarusian women’s basketball in the 2007 NBA Draft. In the past only Volnaya, mentioned above, was honored to be mentioned at all. But it’s not enough to attract attention and get on the pencil, the main thing is to play and justify your confidence. Levchenko has fully succeeded in this. Overseas she played three seasons in the WNBA – for Washington Mystics and Atlanta Dream.

However even without North American phase Lena’s career was rich and fascinating. There is a place for Turkish Galatasaray, Russian UMMC, four Chinese teams and finally, nowadays, Greek Panathinaikos. At the age of 39 Elena is still in high demand on the club level. And for sure she would have been the team’s unchallenged starter at the position of the fifth number if it weren’t for certain disagreements with the Belarusian Basketball Federation and country’s authorities. She won recognition in 2010 as the strongest centre back at the World Championships and continues to be one of the best on the continent today. 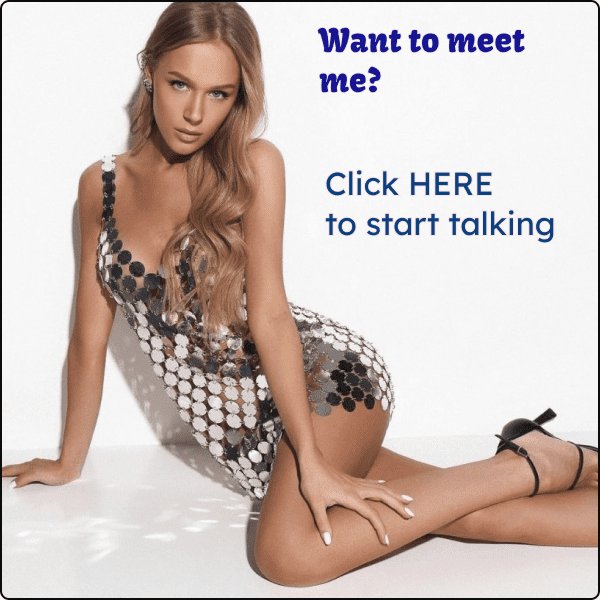 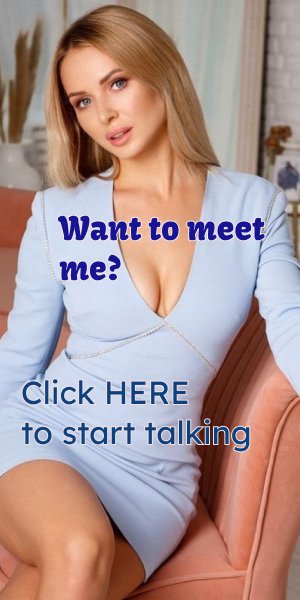