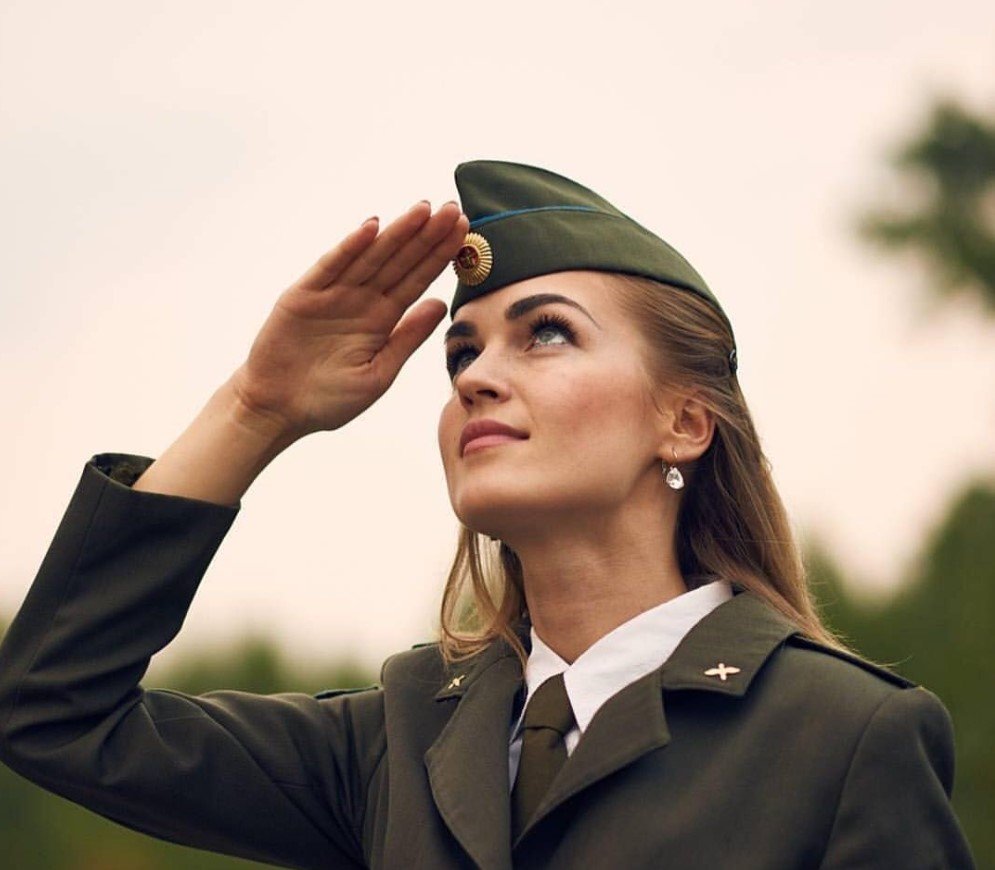 More than 4 thousand women serve in the Armed Forces of this country. Not everyone agrees to be public, but we can show you some of them: there are many professional and beautiful personnel in the military department. Meet the girls!

Warrant Officer Julia Valiushko is serving in the 56th Communication regiment of the Air Force and Air Defense Forces. She is involved in flight support. The girl graduated from the Belarusian State Academy of Aviation.

Yefreytor Anna Sokolova serves under contract in the Air Force and Air Defense Forces, as a senior mechanic in the stationary communications center. The girl graduated from the Belarusian State University of Informatics and Radioelectronics, specializing in multichannel telecommunications systems.

Private Lyudmila Nekrylova serves in military unit 97 061 as a radio operator and telephonist of the control center. Lyudmila Nekrylova graduated from the Yanka Kupala State University of Grodno, majoring in foreign economic relations, as a referent interpreter. She was raised in a military family.

Warrant Officer Yanina Bokalova serves in the 56th Separate Communications Regiment. The girl sings beautifully, she is a multiple winner of the TV festival of military songs “The Star”. Yana graduated from the Belarusian State Academy of Communications as a Communications Engineer.

Sergeant Anastasia Prokopenia serves as a nurse in the Air Defense Forces. The girl graduated from the Bobruisk State Medical College. Serves since 2019.

Captain Natalya Rozhko is a psychologist and teacher at the 72nd Joint Training Center in Pechi. She has been in the Armed Forces since 2009.

Efreytor Alesya Valuyevich serves in the Air Defense Forces. Alesya is the operator of the radar intelligence department.

Senior Warrant Officer Yekaterina Kuzmich (left), chief of staff in the communications battalion of the 120th Independent Mechanized Guards Brigade. He has been serving for more than 9 years. Her First specialty – taekwondo coach

.Irina Birkos (right), head of the medical service of a separate mechanized battalion in the 120th Independent Mechanized Guards Brigade. A girl graduated from Gomel State Medical University with a degree in medicine.